In a healthy heart, the electrical signals are distributed evenly through the lower chambers of the heart (ventricles), making them contract at the same time and in harmony. This is called synchronous (harmonic or coordinated) contraction of the ventricles.

Heart conditions such as heart attack and heart failure can damage the electrical system of the heart, which can disrupt the harmonic contraction of the ventricles. The ventricles' inability to contract at the same time further worsens heart function. To correct or manage this disorder, your doctor may recommend a particular type of pacemaker called biventricular pacemaker.

The biventricular pacemaker is a type of pacemaker system that has three leads. During the implantation procedure, one lead is placed in the right upper chamber (right atrium), another in the right lower chamber (right ventricle), and an extra lead is inserted through a small vein and placed around the left ventricle. The device will send signals to both ventricles (left and right) at the same time, which will make them contract simultaneously and will maximize the amount of blood that is pumped out of the heart.

Because the biventricular pacemaker helps the heart regain its harmonic or synchronous contractions, it is also called cardiac resynchronization therapy (CRT). CRT devices can be used for pacing only (CRT-P) or in addition to a defibrillator (CRT-D).

If you have heart failure, you may benefit from CRT. To learn more about this therapy, schedule an evaluation with Dr. Alireza Nazeri in Houston, Texas. To reach us, call (713) 909-3166. 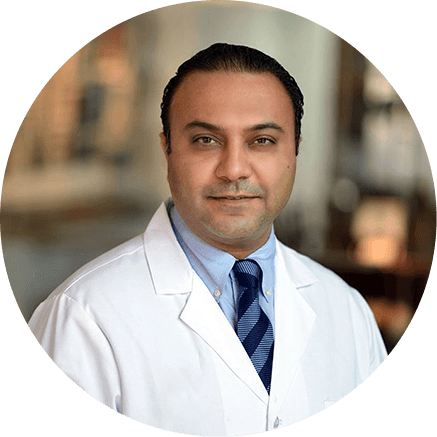